In light of the recent Downtown Springfield race for space, multiple chefs and restaurateurs have felt obligated to renovate their piece of the historical square footage and gain a following while the getting is good. Led by James Hamilton, this surefire contender for the drunken, monetary income of Friday nights is newly-founded Tacology 101.

I walked into an homage to the Austin, TX atmosphere. Slightly damp, yellow lighting, loud conversation and good spirits (in more than one way with an impressive craft beer lineup and some variety choices).

I arrived at 7:29 p.m. and ordered immediately. I opted for the staff favorites, ordering a variety of their namesake: Carnitas, Fried Mahi and Chicken Tinga. The portions appeared small but were worthy of their price alone in flavor and proved quite filling. I’m sure I would’ve felt even moreso had their Blood Orange Margaritas not just sold out; which was excusable for a first night, but a shame nonetheless.

At exactly 7:45, I was brought a school lunch tray with a pre-formed taco platter, and paper throwaways for my side: Street Corn, which came highly recommended by the staff. It was cut off the cob and into some chipotle mayo and queso franco. The mayo was too much for my liking, but the flavor was right. Contrasting with the rest of their food, however, it was heavy and sickeningly dense.

The Yuca Fries also caught my eye and I’m sorry not to have ordered it.

My tacos were each wrapped in a hand-made, traditional white corn tortilla. The variety was impressive. The carnitas were spunky sweet and topped with salsa verde, the mahi fresh and creamy with avocado, and the chicken tinga juicy and tangy with radish. My first observation was that the juiciness of some of the ingredients weren’t well contained by the tortilla, which is fine when you consider their market is barhopping, intoxicated millenials.

The menu is titled thematically after University studies, such as entrees as “Majors,” sides as “Minors,” some “extra curriculars” “electives” and the aptly mentioned “Walk of Shame” (churros in cinnamon and sugar with chocolate sauce). This theme is all good and everything, but the food stands on its own without the extraneous branding effort.

But they nailed it. This restaurant represents a genre that hates compromising quality in ingredients, but really wants that quality to be juicy and messy and hardly contained by its traditional white corn tortilla.

My first impression of Tacology is that this new competitor, snugly tucked in a growing downtown atmosphere, will have standing room only for their opening on June 30. I’ll be back for the margaritas.

I swear I’m a real human being 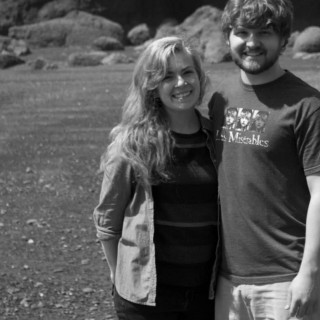 26-year-old ER nurse from Central Illinois with an insatiable hunger for self-actualization.